Nearly half of Americans 65 or older will eventually require some form of long-term care, according to a 2016 study by the U.S. Department of Health and Human Services (HHS).

Of those needing long-term care, roughly half need it for less than a year. However, women are more likely to stay longer one year or longer.

The costs for such care can be high. In 2020, Genworth estimated annual long-term care costs in these categories:

Given the level of risk and amount of these costs, it makes sense to have a financial plan for long-term care.

Where the Money Comes From

These options may be used in combination. For example, many people use both insurance and out-of-pocket funds to cover costs. Here is a breakdown of each option: 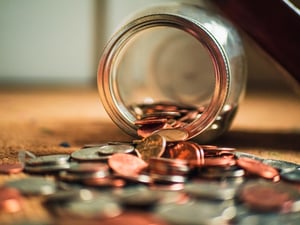 According to the HHS report noted above, the majority (53%) of long-term care expenses are paid for from personal resources. This can be personal savings, pensions, health savings accounts, annuities, reverse mortgages, or other fund sources. The risk of using personal resources is running out of money since these are finite pools. Seniors with limited resources especially face this risk. They also face the risk of only being able to afford lower-quality long-term care options.

The HHS report broke down public funding percentages of total spending this way:

There is a common misconception that Medicare covers long-term care costs. Medicare does cover the costs of skilled nursing facility care for up to 100 days after a hospitalization. However, there are some strict rules for this. Among these are the patients who must have been hospitalized for 3+ days and must enter the skilled nursing facility within 30 days of being discharged from the hospital. Medicare coverage does not extend to costs of care for older adults who only need help with everyday activities.

Medicaid programs managed by each state provide the majority of public funds for long-term care. The "catch" is that recipients must have very low financial resources to qualify. For example, in Florida, a single person can earn no more than $2,349 per month and have no more than $2,000 in assets. The level of Medicaid funding may also limit a person to certain long-term care accommodations. The payments simply would not be enough for more upscale settings.

Long-term care insurance (LTCI) pays for long-term care costs not covered by Medicare. The types of care that LTCI might cover are:

As a risk reduction tool, LTCI would seem to be a very popular option. Yet, according to American Association for Long Term Care Insurance (AALTCI), only about 7.5 million Americans (around 8% of U.S residents 55 or older) have some form of LTCI.

However, many consumers have been wary of acquiring LTCI. Reasons given were:

The average annual premiums for traditional LTCI In 2020 were:

For many people, such insurance premiums would be more than they are willing to pay. Ironically, middle-income earners who could most benefit from LTCI are often unable to afford it.

New variations of LTCI have been introduced in recent years. These are more elaborate products that combine traditional LTCI and life insurance. While these products often have provisions for paying back money if the policy is never used, they also cost up to three times as much as traditional LTCI.

Reluctance to Acknowledge the Risk

Despite the data, many Americans downplay the risk of potentially crushing long-term care expenses. Some believe that if they don't have to use the benefits, they've wasted their money on premiums. Yet, auto and homeowner insurance are similar in concept to LTCI in that a claim might not ever be made.

Another reason people avoid buying LTCI is "narrow-framing." This is a tendency to leave out some information when facing complicated decisions. The prospect of needing long-term care is frightening for some as well as being complex. Rather than take the time to logically consider all the possibilities, narrow-framers jump to conclusions to avoid the stress of working through the complexities.

Planning is the Answer

LTCI is just one option in planning for potential long-term care costs. The most important thing for older adults and their families is to carefully consider all the possibilities and avoid ignoring long-term care's true financial implications.

As people age and health declines, safety is a substantial concern for family members and loved ones. Increasing the use of technology can be a great solution to...

Antioxidants, also called free-radical scavengers, are substances that protect our body cells and DNA from harmful free radicals. Our body produces free radicals as a...