The Start of Old Man Steve

Steve worked at the box office for the Dallas Summer Musicals for twenty years prior to retirement. Here, he developed an interest in entertainment and learned how to use computers and the internet. Before Steve’s TikTok fame, he had been posting videos on YouTube for years with few followers. Steve mentioned that he creates all of his content by himself without help. “I’m self-taught. If I don’t understand something, I’ll Google it and find it on the internet and watch a video, and then I try it. Sometimes I can’t find the answer, but if you keep looking, you’ll find it.”

Steve’s TikTok account first gained popularity for a series he calls Cooking with Steve. “But I wasn’t really cooking, I was just making a sandwich or a bowl of cereal, and people thought that was funny and liked it.” Another series Steve does is called Magic Saturday with Steve, where he tries to do magic tricks and messes them up. To keep up with trends, Steve recently started dancing in his videos, even though he does not believe himself to be a good dancer. Steve points out that he enjoys having fun with TikTok, which is why all of his content is comedy. “I don’t really plan what I do. It’s all pretty spontaneous.”

Since the COVID-19 pandemic hit the United States in March of 2020, Steve does not leave his apartment often because he is a part of a high-risk group due to his age. Although he still drives himself to appointments, the pharmacy, and the grocery store if necessary, he spends most of his time in his apartment alone with his cat. Without much opportunity to go out and visit, Steve sees TikTok as an outlet that keeps him busy. “It keeps me active and gives me a reason to get up in the morning.”

Connections Made Through TikTok

As a result of his newfound TikTok fame, Steve received an overwhelming amount of phone calls and emails requesting to interview him on television. As a result, he appeared on his local television station, Australian TV, CNN, Access Hollywood, The Kelly Clarkson Show, and The Rachael Ray Show. “I’m doing my TikTok videos every day. I do interviews, and it’s just been a good thing for me because otherwise, I don’t know; I’m not one of those people that just sit and watch TV all day. I enjoy what I do and have fun doing it, and I’ve made a lot of friends, and my fan base is very dedicated.”

Steve’s young followers have been incredibly gracious and welcoming to him. Many of his fans have commented on his videos, saying they want him to be their grandpa. “They tell me they've had a bad day, and they see one of my videos, and it makes them happy and brightens their day up. That sort of thing makes me feel good. It makes me glad that I'm doing what I do, and it also inspires me.”

To stay connected to his young audience, Steve tries to pick up on youth lingo and trends to continue creating content that will make them laugh. “I’ve always been interested in technology and tried to keep up with it. My sister said that I know a lot more than a lot of people my age. I don’t think of it that way. I don’t feel like I know a lot. I mean, new stuff comes out every day. Sometimes it’s hard to keep up with what’s going on, but I’m pretty active on the internet.”

To further connect with his audience, Steve is also active on Facebook, Instagram, and Twitter, in addition to his TikTok and YouTube accounts. Additionally, some of Steve’s fans have found a unique way to connect with him and show their appreciation for him by sending him hats. Steve considers his hats a part of his trademark and now has more than one hundred hats that he keeps hung on the walls of his apartment.

Steve’s Advice to Others

For other retired seniors interested in getting started on social media, Steve recommends that everyone buy a computer if they do not already have one. He also suggests that people ask their children or grandchildren for help to get started on social media. “They can find out things on the internet. You can go on YouTube and find videos on how to do almost anything in the world. Anything from making a sandwich to driving a car.” Steve believes that technology is the way of the future and that all senior living facilities should have a computer room for people to stay connected with their friends and families. Steve found an expansive community online through TikTok and his other social media accounts. He also found another community when asked to join Optimist International. This club encourages patriotism, friendship, the development of youth, and dedication to advancing the world’s well-being. He advises other retirees to also find a community at local churches, libraries, schools, and more.

“There’s a lot of different outlets. You just have to investigate locally in your area, and surely you can find something.” Steve also mentions that technology allows seniors to communicate with their kids and relatives (especially those out-of-state) via phone calls, texts, emails, and Zoom. “I tell them on my videos sometimes: be sure to check on your grandparents. They may be home alone. Pick up the phone and call them.”

What is in the Future for Old Man Steve?

After reaching fame, receiving connections, and making friends through TikTok, Steve does not plan on quitting making entertaining videos anytime soon. “Well, like I said, I enjoy doing it. People say, ‘When are you going to stop doing it?’ and I said, ‘I don’t know, I guess when I just fall over.’”

Are you interested in following Steve, or creating content of your own? Check out our new ebook, Social Media 101: A Guide for the 50+ Generation for helpful tips on getting started!

Many retired seniors often find themselves stir-crazy with the amount of free time on their hands after working forty hours per week for most of their lives. For those... 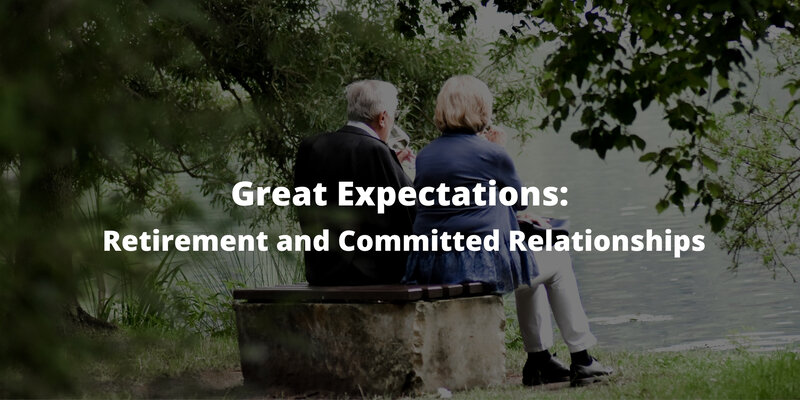 I'll never forget the look on my wife's face.I had just returned from a September business trip to headquarters, where I told my boss I was retiring. Over the...