Many people choose to work after retirement, whether to stay busy, be social, stay active, or make some extra money. The gig economy has many opportunities for older adults looking for post-retirement work.

If the benefits of working in the gig economy sound attractive, there are many different opportunities to investigate to find the right fit. In this blog, the focus is on driver and delivery jobs. Be sure to also check out Part 2: Freelance Work.

Driver and Delivery Jobs in the Gig Economy

Uber and Lyft are two fast-growing companies that offer driving jobs to anyone who can meet their requirements. There are 2.5 million Uber drivers and 700,000 Lyft drivers in the United States. The requirements to become an Uber or Lyft driver include:

Uber drivers make $18-$25 an hour on average and keep 100% of the tips earned. Lyft drivers' median earnings are $18.83 an hour nationally, plus they keep 100% of tips earned. Drivers for both companies can choose their hours by driving any time they want, any time of day. There is no minimum hour requirement to be an Uber or Lyft driver. Still, there is a twelve-hour daily maximum to ensure the safety of the drivers and riders.

Food delivery apps have also become highly popular since the first app, GrubHub, was created in 2004. Today, there are many food delivery apps, with the four most popular being DoorDash, GrubHub, Uber Eats, and Postmates.

In the U.S, there are about 100,000 DoorDash drivers, 65,000 GrubHub Drivers, 2.5 million Uber Eats drivers (Uber drivers can all drive for Uber Eats), and 13,000 Postmates drivers. The requirements to become a driver for these companies include: 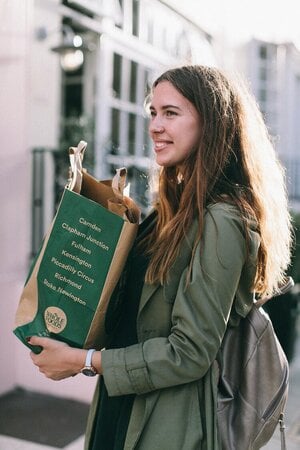 Another popular delivery job, especially this year due to COVID-19, is being a grocery shopper and delivery person. Three popular grocery delivery companies include Instacart, Shipt, and AmazonFlex.

Instacart allows the choice of being a shopper or a shopper and delivery person. This lets people work for Instacart even if they don't have a car or license. Instacart workers can work anytime they want, up to 29 hours each week. To become a shopper for Instacart, the requirements are:

Instacart shoppers make $13 an hour on average and keep 100% of the tips earned.

Unlike Instacart, Shipt shoppers must also make deliveries. Requirements to become a shopper for Shipt are:

This is Part 1 of our series on Participating in the Gig Economy. Click here to read Part 2: Freelance Work. Also, subscribe to the Cantissimo Senior Living blog to stay up to date and learn about different job opportunities in the gig economy!

Finally, you've reached retirement. It's time to enjoy your savings and live comfortably somewhere for the rest of your life. Unfortunately, for many, the dream isn't...

Finally! It is time to put some thought into retirement. Not only saving up for it but how we intend to manage time and make the most of it. For many, retirement is the...